Google has stated that beer, gambling and strippers are all part of their secret ranking algorithm, but don’t risk missing out on the other factors by forgetting to book your tickets to PubCon Vegas this year! The *not just search* conference is an essential part of the industry calendar and not to be missed, even if you’ve just had a baby like Joe Stepniewski and Mel Carson (babies also like Vegas).

LondonSEO, as your favourite money saving website, has bribed, blackmailed and kidnapped – until the PubCon organisers agreed to offer our Loyal London Legends of Links an exclusive PubCon Offer Code! Up until 15th October, you can get 20% off conference passes, but don’t delay – register today! (yes, my rhyming skills are worse than [insert rapper]). 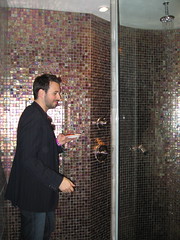 Remember – this is an awesome conference and an awesome location. Don’t ponder over the cost, you can repaint the spare bedroom next year!

Feel free to buy Mike, Carl, Jane or I a pint for saving you $$$ 😉 We look forward to seeing a big turn-out of LondonSEO regulars and catching up with our foreign brethren once again!

PS. I couldn’t find any family-friendly photos of LondonSEO peeps at PubCon Vegas 2010 on my iMac, so you have a picture of Rand in the shower instead. Photo credit: Barry (what were you doing in the shower with Rand, Barry?)

Does the new generation of Search Marketing conference goers put fear into your heart? Do you yearn for the old days of SEO meetups in small private pubs, where only the dedicated few dish out stories and ideas from the frontline? If so, you’ll want to come to LondonSEO Off-The-Clock!

The first LondonSEO to take place on a weekend, we’re going to make Saturday afternoon more than just Ant & Dec and a dodgy ruby from the Sheer Khan Indian, Chinese & Thai Take-Away. Chat affiliate ideas, SEO tricks or just about the price of petrol – you’ll be with friends in an environment to speak freely.

Although this event won’t be sponsored, we have hired out the whole top floor of one of the best pubs in London (I should know, I’ve been to most of them). With a dozen fantastic hand-drawn beers at the downstairs bar and a further dozen lagers, pilsners and IPAs/APAs from around the world at the top floor bar – you really are spoilt for choice. Even if you get through all of the beers on-tap, you’ll find a mouthwatering assortment of Belgium, German and US Microbrewery bottles in the beer fridges behind the counter.

This really is an event you do not want to miss – the most exciting LondonSEO in a long while! Real SEOs and Affiliates, real knowledge and tips.

So here are the details…

I look forward to seeing you all there!

UPDATE: We’ve now got a sponsor! Thanks to conference call provider PowWowNow for their generosity and for saving the day last-minute. PowWowNow offer free and premium conference call facilities without the need for complicated PBX systems, as they say – “no booking, no billing, no fuss”. PowWowNow are also looking for a new SEO Agency, so keep an eye out for their team if you fancy taking up the challenge. Ranking for [conference calls] etc will be very easy, so pick up a cool new client!

OK, so we were a little unprepared for LondonSEO this time around – although we do have real jobs you know!

Last-Minute Larry was unable to secure a sponsor to pay for our beers at this year’s SMX London conference next week (Monday 16th – Tuesday 17th May). Ayima can’t keep dipping into its pockets whenever (unnamed) agencies/suppliers decide to skip their beer rounds, so we’ll be going unsponsored! Saying that, we’ve had someone jump in last-minute as a sponsor before, so never say never (that saying doesn’t make sense).

So… below are the details of a pub for us to all spill into on Tuesday after the conference’s best session this year – Extreme Makeover, The SEO Edition featuring Mad Dave, Dickie Baxter and Pav, with me MC’ing. 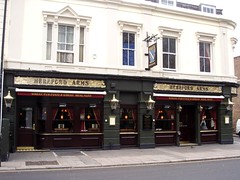 As always no conference pass is required in order to attend LondonSEO, just bring along a business card to prove that you work on the interwebs and in case we find a sponsor (they’ll need your card to exchange for beer).

Update: Just announced – Searchmetrics will also be giving away an Amazon Kindle, just make sure you swap your business card for a drink pass!

Everyone who was paying attention will have seen that we’re putting on our sixth “Big Party” at SES London next Tuesday, February 22. To celebrate five full years of good SES times, and to usher in the sixth, we’re doing something a little extra this year. There is no need to worry: this won’t take much brainpower, and you can drink whilst taking part!

We’re putting on a little competition, and entry is simple: take a photo (or photos!) that you think best show the spirit of LondonSEO. Of course, you’re going to have to come up with that definition yourself 😉

Get the photos you take to us either on the night or in the days following the party. You can either email them to [email protected], tweet them with the #londonseo hash-tag or post them to our Facebook page.

We’ll compile them into a blog post, linking to the site of your choice beneath your photo. There’ll be a vote, and the community will decide which one they think is best!

Since two of the spirits of LondonSEO are beer and wine, the winner will get to choose either a case of beer or a case of wine as his or her prize.

So what might the true character of LondonSEO events be? To us, LondonSEO is where many of us have met some of our best friends and current colleagues. It’s where you need nothing but a business card to come in, drink beer and have a laugh. It’s certainly where I first met the people I now work with, and where I remember feeling very welcome as a visitor from Seattle, in London for a few days, three and a half years ago.

Come down to the pub, bring a business card and a camera phone. It’s shaping up to be a good night!

Some previous “this is LondonSEO!” photos for you…

Scaring American visitors with our building safety codes (and punctuation) 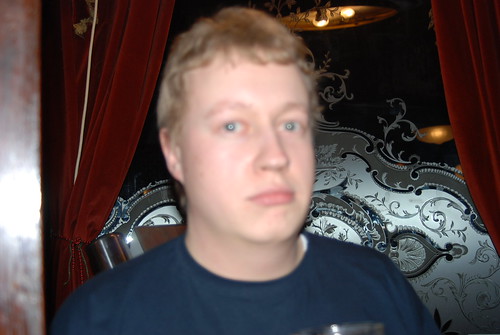 Losing the ability to see properly 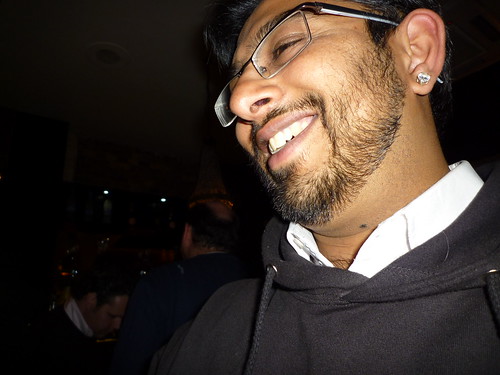 How could you bear to stay away?! See you there 🙂