G’day London. It’s time for another LondonSEO event, and as the newest member of the highly organised event management team, it’s fallen upon me to tell you about the event that I couldn’t attend in 2008 due to being on the other side of the bloody world. This was how I felt about the situation, sitting in Seattle.

After much doubt, concern and letters to various MPs, there will indeed be a LondonSEO party during SES London this year. As was the case last year, the event will take place at the Camden Head in Islington. The pub is only a few minutes’ walk from SES London’s venue, the Business Design Centre.

So that’s all excellent, isn’t it? You’d not think that any bad news could come out of such a great post, but unfortunately, we have some. Due to the current state of the economy and the fact that I’ve only just showed up in London and haven’t had time to whip Rob’s organisational skills into shape, we don’t have a sponsor for the upcoming event. But that’s not going to stop a bunch of British SEOs from showing up at this pub though, is it? 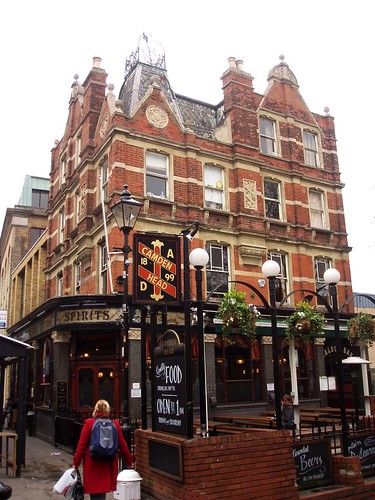 To summarise, for those of you who didn’t bother reading my drivel, here are the important details:

State your intent to join us by signing up for the Facebook event, or else we might not let you in 😉 See you there!